While the online crowdfunding industry as we know it today is only about a decade old, some of the earliest recorded examples of crowdfunding and microlending date back to the 1700s.

The industry has come a long way since the 1700s. Especially in the last few years, so many new types of crowdfunding have arisen – from Regulation CF (Reg CF) to Initial Coin Offerings (ICOs) – that all the terminology and options can be daunting to the new investor.

This article will look to clarify some of the terminology and discuss some of the differences between the three primary types of crowdfunding. 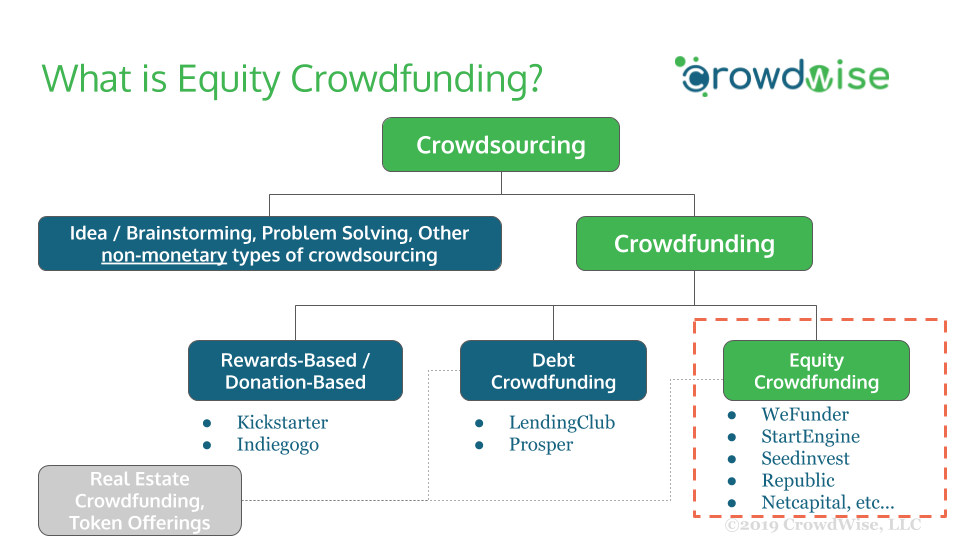 What are the different types of crowdfunding?

There are three primary types of crowdfunding where the participants expect to get something in return for their investments (unlike donation crowdfunding platforms, such as GoFundMe). They are:

It is also important to note that the category of crowdfunding is itself a subset of crowdsourcing. Crowdsourcing is anything that relies on input from the crowd (such as ideas), while crowdfunding specifically involves the crowd pledging money to the campaign. 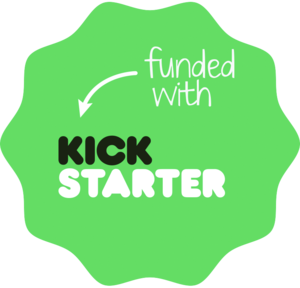 Most people are familiar with Kickstarter, which was one of the earliest online crowdfunding successes.

Kickstarter is a rewards-based crowdfunding platform.

This means that in return for your investment dollars, a company will typically give you a promotional item (like a t-shirt, website shout-out, or sticker) or ship you the product they are building once it is ready.

The key difference in rewards-based crowdfunding is that once the company has given each investor their reward based on the level of investment (which is not guaranteed), then the business is no longer obligated to give anything else, including updates, to the investors.

In contrast, equity crowdfunding is more akin to purchasing stock in a company. While you may still qualify for some reward perks based on your investment level, you are investing to gain ownership in the business. At a minimum, Reg CF companies are required to file annual reports. If the company does well enough, the hope is that the investors can share in the future success of the business.

For example – what if Oculus had been an equity crowdfunding campaign instead of on Kickstarter? 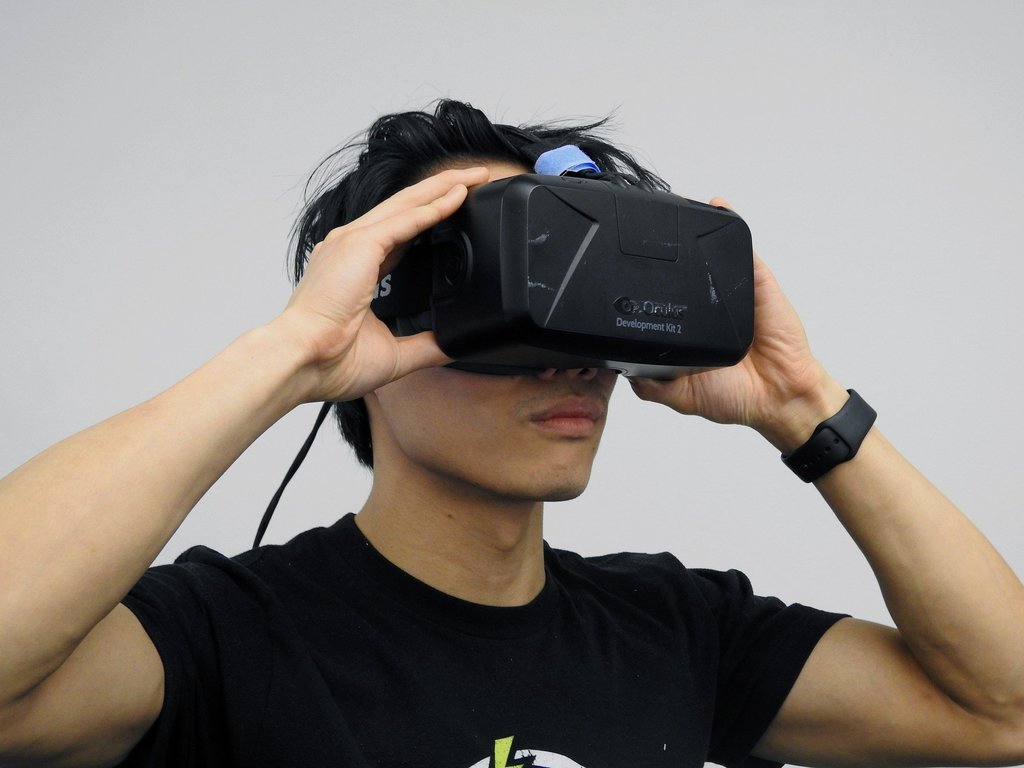 Had the 2012 round been an equity crowdfunding raise instead of a rewards-based crowdfunding campaign, investors would have made excellent returns on their money.

WeFunder wrote a piece on this topic that estimated the investor returns would have been on the order of 145X, including the effects of dilution, turning every $1,000 invested into $145,000.

However, as history would have it, equity crowdfunding was not yet legalized in the United States, and so those earliest supporters of Oculus only received their Oculus Rift VR headsets or other rewards.

The equity crowdfunding industry and investors hope to see successes like Oculus in the coming years.

Since we have looked at rewards vs. equity crowdfunding, let’s now compare equity vs. debt crowdfunding.

As you can tell from the names, the primary difference between these two types of crowdfunding is the type of financial security that you are investing in.

The difference between equity and debt crowdfunding can be likened to owning public market stocks vs. bonds.

In stock investments, while they may have a small dividend, the primary way that investors hope to make money is by appreciation in the value of the stock. This is similar to owning private equity crowdfunding shares.

In contrast, when investing in bonds, the primary means of income is typically through bond interest payments. If a bond yields 3%, then investors expect to receive 3% interest on their invested capital, and receive repayment of the face value of the bond upon maturity.

Debt crowdfunding is similar, where investors are compensated based on interest payments rather than by capital appreciation of the business. Depending on investment goals and risk tolerance, some investors prefer to receive these more regular payments.

However, the potential upside to private debt investments is capped (with a much higher risk of losing all your invested capital). Investors in private debt securities do not have the possibility of making huge returns, even if a company is acquired or goes public.

Thus, for investors who prefer the regular income of debt-typed investments, you should consider whether there are better investment alternatives available in the public markets. The reason is that many of the private market businesses are at a much higher risk of failure, and so the risk-to-reward ratio of investing in debt in the private markets may not sufficiently compensate investors for all the additional risk.

Many investors are also aware of peer-to-peer (P2P) loan investing, such as on LendingClub and Prosper.

The primary difference between P2P loans and debt-based investments on crowdfunding portals like WeFunder and StartEngine is that P2P loans are to individuals (e.g. used for refinancing, home improvement loans, etc.), while the funding portals cater to registered businesses (such as LLCs, B-Corps, S-Corps, C-Corps, etc.).

Funding portals also have more flexibility in terms of the structure of investment offerings, allowing investors to get other rewards for their investments, or even structure the investment as an equity-debt hybrid financial security.

Not all investments on Regulation Crowdfunding (Reg CF) funding portals will fit clearly into either the equity or debt category.

Sometimes, companies will choose to offer a hybrid security, such as a convertible note. A convertible note is a debt instrument that receives interest payments, but it also has characteristics of equity, since they can be triggered to convert into equity if certain events take place.

With the recent explosion of popularity in Bitcoin and blockchain technology, it is also important to discuss where Security Token Offerings (STOs) fit into the Reg CF landscape.

The word “Security” in STO is a financial security, like a stock or bond on the public market.

It is important to understand that STOs are essentially regulated Initial Coin Offerings (ICOs). Thus, investing in an STO gives investors some assurance that the issuer has complied with relevant securities laws, whereas this is not the case with many ICOs.

STOs can be structured as:

Not all tokens are considered securities, either.

When investing in any private security, the most important thing for investors is to read and understand the specific deal terms that you are investing in, since they will vary from deal to deal.

While today has briefly touched upon some of the differences between equity crowdfunding and other types of crowdfunding, we have many more resources and lessons available for free at Crowdwise Academy.

To sample what the courses are like, here is one of the introductory lessons covering a lot of the same topics that we discussed in today’s article.